I have a rooster to give…

“If I could see the person who paid for Milly’s surgery… I have a rooster to give,” says Wilfred, Milly’s father.

Milly was a bright, energetic young girl who dreamed of becoming a nurse one day. With her joyful nature and infectious laugh, she was a popular student. Yet, Milly wasn’t just about having fun. Dorica, her mother, shared that Milly was also hardworking and willing to help with daily chores.

All of this changed when Milly started to lose her sight due to cataracts back in February of 2012. She was just ten years old.

On the first day of grade six, she noticed that she couldn’t see what was written on the blackboard. Her friends tried to help
by writing the lessons in her notebook. But she couldn’t see that either. She was angry and discouraged while some pupils laughed at her and called her names.

Her parents tried in vain to help her. First with herbal remedies, then they travelled to the hospital only to discover that they couldn’t afford the treatment and surgery their daughter needed.

Her father, Wilfred, said, “My wish is that she gets surgery and regains her sight so that she can go back to school, because she is bright.”

Their wishes came true because a supporter like you paid for cataract surgery in both her eyes.

After her bandages were removed, she read every word her eyes landed on.

Dorica looked at her girl in disbelief. “Thank you so much for all you have done! My daughter can now see…”

In less than 24 hours, Milly went from sad to happy… from someone who needed a guide as she walked, to a confident and independent girl.

For the first time in over four years, Milly could see her parents… and herself in the mirror.

This made her smile.

“I was so happy when the nurse removed the patches from my eyes. I am eager to see the children at home,” said Milly, laughing brightly.

As soon as she returned to the village, her relatives warmly welcomed her and praised God for Milly’s transformation.

Weeks later, after the swelling and inflammation settled down in her eyes, she returned to the hospital to be fitted for glasses to further improve her eyesight.

Wilfred said with a warm smile, “If I could see the person who paid for Milly’s surgery… I have a rooster to give. I have seen Milly use her glasses to read even the tiniest of letters.”

Milly’s smile is triumphant as she stated, “Glory be to God. I can see… I feel so happy.” 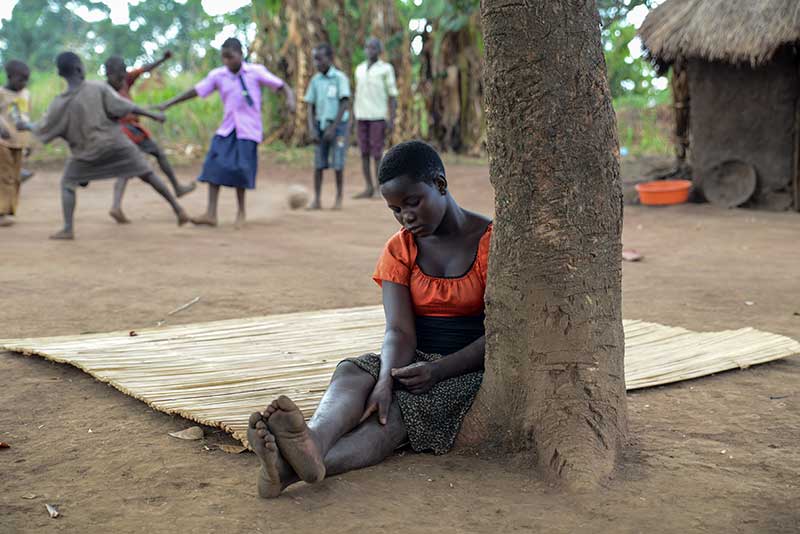 Milly sat by herself while the other kids played and went to school.

Dorica, Milly’s mother, said, “Thank you for all you have done”. 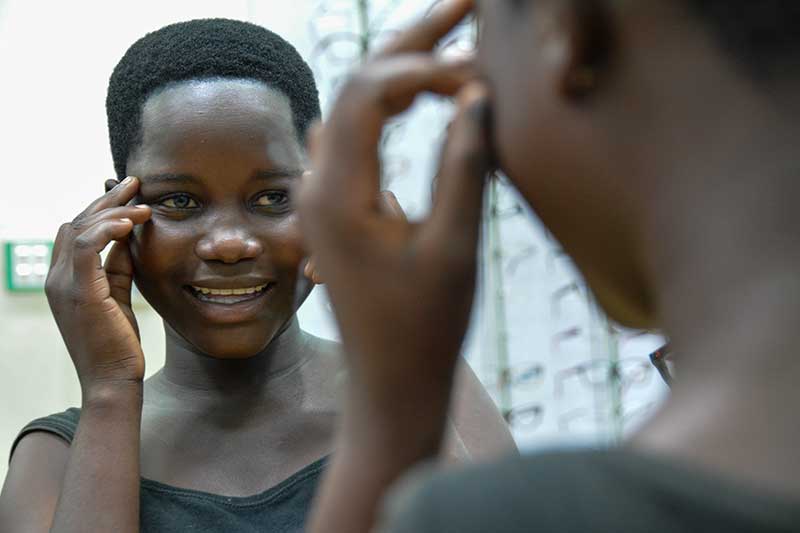 Milly sees herself clearly in the mirror for the first time in four years.

Reporting on our work

1 LovesLove Healing Together - July 2017 No Comments

We are doctors, teachers, health workers, community advocates and funding partners like you – passionate about giving hope and healing to children and families trapped in poverty and disability.